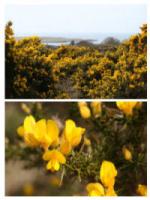 Plants of the legume family (peas, beans, lentils) together with the cereals and grasses have been the foundation of food production throughout agriculture. Legumes produce a wider range of products and have more ecological functions than the cereals and grasses. They fix nitrogen from the air directly into their own organs, which later release the nitrogen to the soil as a 'fertiliser' that other plants may use. The foliage and grain of legumes are rich in protein when harvested or grazed. The cereals and legumes together provide a staple human diet. Europe has imported legume products such as gum arabic and indigo for centuries, but at present relies also on imports for most of its legume-based, high protein food and livestock feed.

The panel to the right shows (left, top to bottom) mixed grain legumes, broad bean in pod, mung beans, tamarind 'brick' (and right) bowl of brown split pea, indigo-dyed cloth, pinto beans and logwood chips used for dying. Only one of them is not imported.

In contrast to these global developments in legume production, legumes now have few uses and occupy little of the farmed land surface in Scotland. They occur as combinable crops, as 'vegetables' and as constituents of managed grassland. Field beans Vicia faba (see photographs below) and peas Pisum grown for harvesting by combine now cover less than 1% of the arable regions of east Scotland. They tend to be grown by specialists with assured nearby markets, such as freezing plants for table peas. Several species of legume are also recorded in the annual census among vegetables which as a whole occupy only around 1% of the arable land. A few legumes, mainly white clover Trifolium repens are part of managed grass swards, either to be grazed directly by farm animals or to be harvested and processed as animal feed. These forage legumes contribute to the quality and productivity of the pasture, but the amount of nitrogen they fix is uncertain.

In contrast, much legume protein is imported for animal feed, mainly processed from soya bean grown elsewhere in the world. The low proportion of home-grown legumes, and the reliance on imported protein, constitute one of the great anomalies of agriculture in Scotland and in much of norther Europe too. Also imported are many products of legumes, including tropical pulses, that simply cannot grow here because it is too cold or too wet.

Were things different in the past? Wild legumes, as natural habitants of grassland, will have been eaten by the livestock of the stone age settlers, and will have moved into cultivated fields and cohabited with the cereals and other crops, enriching the soil. The legume used most as a grain (or food) crop since agriculture began in northern Europe is the broad bean or field bean, recorded in England since the stone age (Dickson & Dickson), still a staple of kitchen gardens, though having declined as a broadacre crop. Varieties of pea also have a long history.  Forage legumes cultivated in managed swards in the past included species such as sainfoin Onobrycis viciifolia, lucerne a subspecies of Medicago sativa, and the common vetch Vicia sativa. These soil-enriching forages can still be seen in parts of Europe but are now very rare in northern Britain. 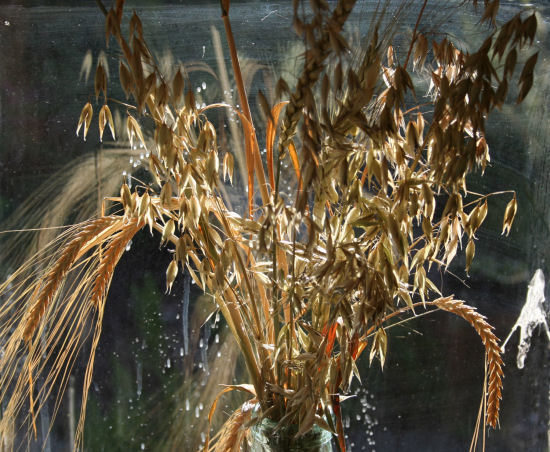 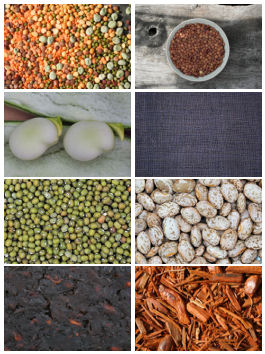